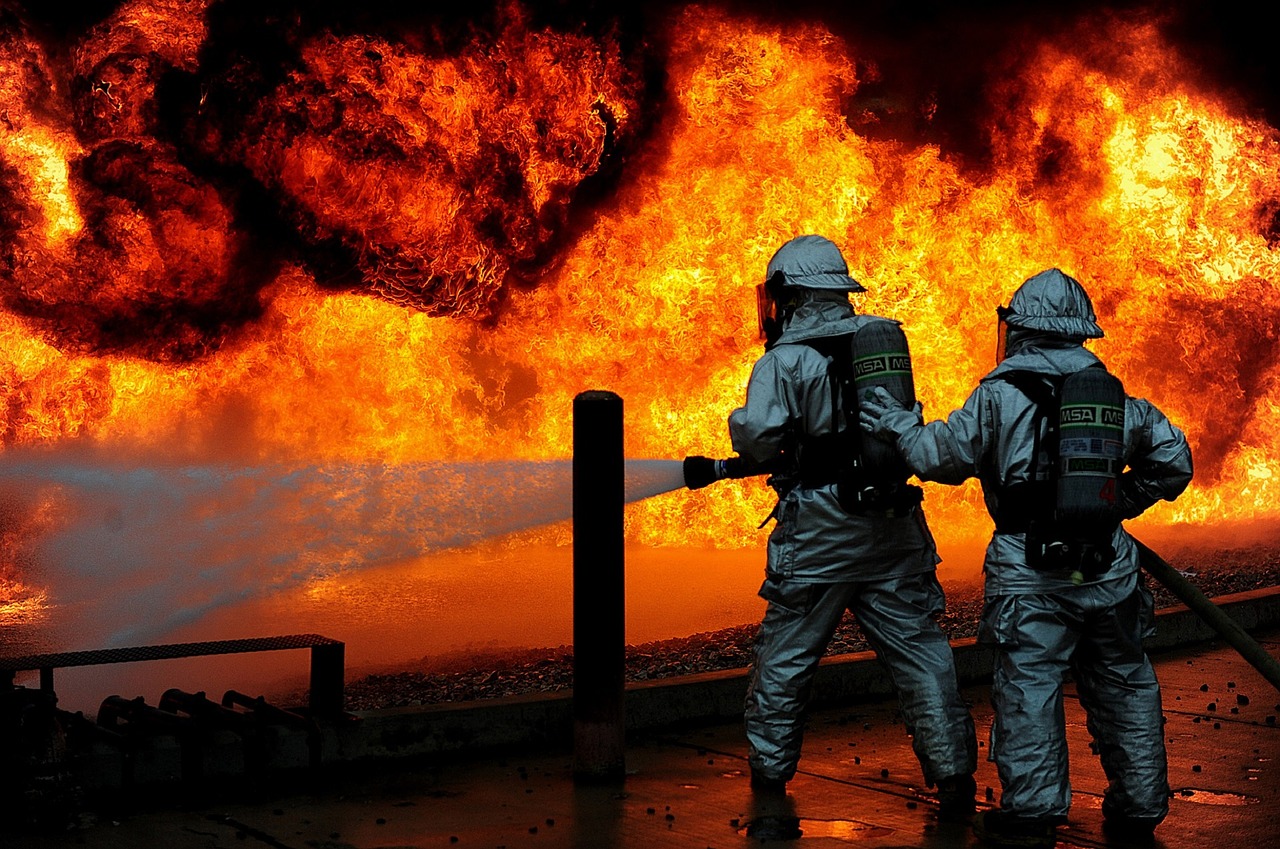 PFAS, which stands for Per- and PolyFluoroAlkyl Substances, are currently causing a great deal of commotion. Why have environmental scientists long been concerned about these substances and, as of recently, been joined by politicians, construction companies and landscapers? The answer has to do with the special properties of PFAS. These hydrocarbons contain virtually indestructible compounds between carbon atoms and the fluorine halogen. This makes PFAS ideal for many applications – as fire-extinguishing agents for instance – but it causes problems if they end up in the environment. 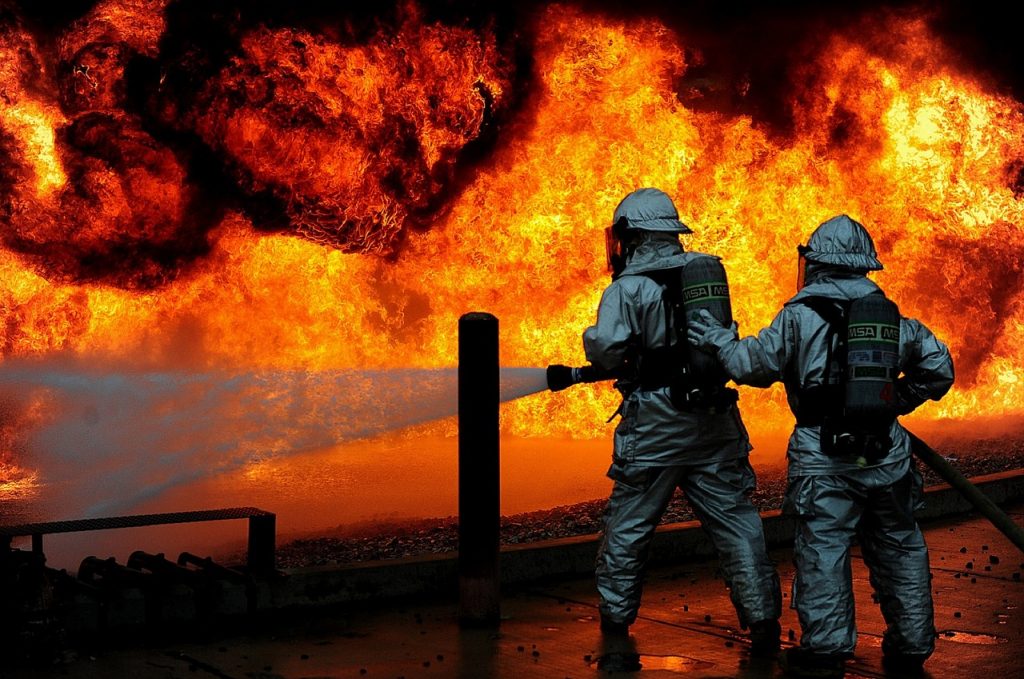 Problems with hydrocarbons that contain halogens (such as fluorine, chlorine or bromine) have been with us for some time. Do you remember the PCBs, or polychlorinated biphenyls? PCBs are hydrocarbons that contain the chlorine halogen: thermally stable, soluble in oils, and excellent insulators in transformers. Industry’s love for organic-halogen compounds began with these PCBs in the 1930s. Then, in the 1960s, it was discovered by chance that they were present everywhere in the environment and, what’s more, that they were toxic. So, in the seventies and eighties PCBs were forbidden. But the love for the organic-halogen compound was not over, so alternatives were looked for. 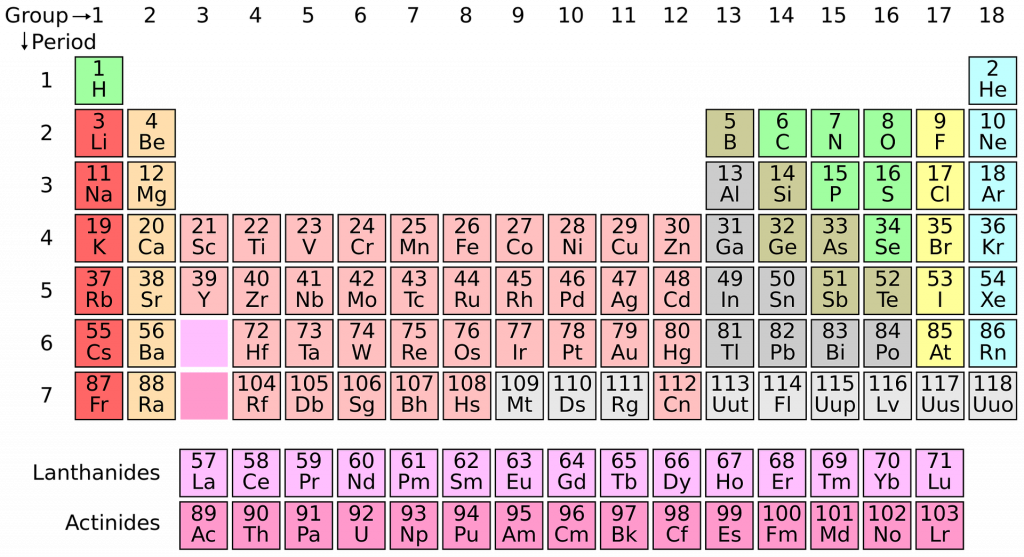 The periodic table: should we reconsider our relationship with compounds with group 17?

A quick glance at group 17 in the periodic table of elements pointed to a solution: bromine (Br), the halogen directly under chlorine (Cl), which bonds almost as strongly with carbon. Thus bromine was used, among others, in applications where chlorine had previously been used. Moreover, the pallet of bromine applications became wider still. There was for instance a growing demand for brominated flame retardants, like polybrominated diphenyl ethers (PBDEs), as a result of the increasingly widespread use of highly flammable polymers (plastic), and a heightened concern about fire safety. PBDEs were not only used in industry, but also by people in their homes: in carpeting, curtains, furniture, electrical appliances, cars, clothes … in fact, everywhere.

You don’t need to be a chemist to see the similarities between PCBs and PBDEs. It’s no coincidence then that the brominated PBDEs have drawbacks that resemble those of the chlorinated PCBs. Accordingly, critical voices quickly arose in the scientific community, and governments began to regulate these compounds. But this was more difficult than it had been for the PCBs. In the first place, industry had drawn lessons from the painful parting with PCB, and it focused more on tactical negotiations and lobbying. As a result, to this very day, some brominated substances are being used alongside the new replacements, phosphorus-based flame retardants. Secondly, the government was itself a little infatuated with the flame-retardant properties of these compounds. After all, they are very important to society. Anyone who has ever placed a candle a little too close to a curtain, or set fire to their vacuum cleaner (like me …) knows this from personal experience. It’s actually pretty convenient that the burning material simply smoulders and then goes out.

PFAS: not hydrophobic, but still a problem

So much for the history of the previous halogen compounds. But what’s the situation now with regard to the fluorinated hydrocarbons or PFAS? The above-mentioned PCBs and PBDEs bind strongly with fat. They therefore accumulate in living organisms. PFAS bind less strongly with fat, because they not only have a hydrophobic carbon-fluorine tail, but also contain a polar group, which makes them more water-soluble. Since they are hydrophilic on the polar side and hydrophobic on the other, they acquire particular soap-like properties. Initially, therefore, PFAS were not seen to be a problem. Indeed, thanks to these special properties, there were many new applications for PFAS: they promote the formation of a film around the burning material, so that oxygen is kept away, and they are used in coatings that are water- and stain-repellent. This latter property has made PFAS particularly popular in industry and among consumers. Unfortunately, the special properties of PFAS also make them very mobile in the water cycle and very difficult to remove from water. As a consequence, they spread easily in the (aquatic) environment. In addition, contrary to expectations, it turns out that PFAS also accumulate in higher organisms such as humans; organisms that have mechanisms to recycle other soap-like substances, the phospholipids, and retain them in their bodies, since the phospholipids are important building blocks for (cell) membranes. So it is now the case that low standards have also been set regarding the presence of PFAS in the environment, which is one of the reasons for the PFAS crisis. For the research world, this comes as no surprise, nor should it be a surprise for the industry. So, hopefully, more environmentally-friendly alternatives are already on the shelf.

PBCs, PBDEs and PFAS all share a common feature in that they are virtually indestructible. This means that once they end up in the environment, they remain there for a very long time and their volumes accumulate. Industry, government and consumers love the fine and special properties of these substances, but I believe that we must really reconsider our relationship with organic-halogen compounds. It is in fact a toxic relationship. We don’t need to immediately ban these substances from our lives, but we have to ask ourselves whether substances with so many applications in industry and society, which can end up in our environment in so many different ways, should be so extremely persistent. In the environment these organic-halogen compounds have half-lives of centuries, millennia or even much longer. Most of the applications really do not require such levels of indestructibility. The necessary reconsideration of our relationship with organic-halogen compounds like PFAS demands knowledge and expertise from the industry, courage from the government, and adaptability from all of us. Sometimes it takes a crisis for this to be achieved.

The Circonomist closed until further notice