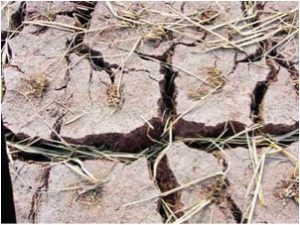 Disposing of enough freshwater: for all users and uses. This is also becoming an increasingly big challenge in the Netherlands. In response, efforts are underway, at both regional and national levels, to achieve self-provision in freshwater and to exploit freshwater sources as efficiently as possible. This requires venturing off the beaten paths in our thinking, as is done for example through the Drought Policy Table. Moreover, instead of seeking solutions to the problem of freshwater availability independently, sectors should connect and work more with each other. For example by reusing residual water streams. We are jointly responsible for a robust freshwater system, and we should work jointly on achieving a better balance of water demand and supply.

The sandy regions of the Netherlands have largely been structured to quickly discharge water so as to prevent flooding. The extreme rainfall and extensive flooding of the summer of 2016 was followed by the significant water shortages in the summers of 2018 and 2019, which especially impacted nature and agriculture. These differences clearly characterise the challenge we are facing. It is not only a matter of being able to discharge the surplus water, but we also have to move toward a (ground) water management regime in which the different sources of water (precipitation, surface water, groundwater, but also treated residual water) are used efficiently and responsibly, and groundwater is actively recharged, so that periods of drought can be bridged.

Strategies are being developed, among others within the Delta Programme Plan on Freshwater Supply, which should safeguard the freshwater provision over the long term. One of the key elements of these initiatives is the strengthening of the regional self-provision in freshwater. This calls for a modified and more adaptive water management, certainly in areas where water cannot be delivered. An adaptive management needs to constantly strike a balance between flood prevention and the mitigation of the effects of drought. The challenge lies, among others, in the different timescales within which drought and flooding manifest themselves: flooding comes and goes quickly, while drought occurs slowly and lingers for a long time. A water system that is effective not only in rapidly discharging water, but also in actually capturing water and recharging groundwater reserves, can make a significant contribution to a future of active groundwater management. In addition, an approach of this type permits a sharper direction process that anticipates on the basis of the current situation in the system and of the (near) future weather. Innovative drainage/infiltration systems offer a concrete example of directing water management in this manner at a local level: capturing rainwater, discharging water only when necessary, but then also actively recharging groundwater.

We increasingly look to the use of treated residual water as an important part of the solution to improving the balance between water demand and water supply. After all, every drop that is reused, rather than being quickly discharged from an area via surface water, doesn’t need to be abstracted from the groundwater. If it is of the right quality, the residual water can be used for instance for groundwater recharge, irrigation and in industrial processes. This relieves the pressure on groundwater resources.

The European Commission has laid out minimum regulatory requirements aimed at further stimulating the reuse of residual water to meet agriculture’s water needs. Internationally, treated residual water is increasingly being used as a freshwater source. But in various applications and pilots in the Netherlands and Flanders, the reuse of industrial and household residual water is also happening (on a local scale). Sectors are thus effectively connecting with each other. Industrial residual water is being directed to supply the water needs in greenhouse horticulture and agriculture. Or household effluent is being used in agriculture and industry. The diffusion of residual water, and the pathogens and anthropogenic materials it contains, into the water system is an important focus of attention. A responsible application requires that both the opportunities and risks of water reuse be taken into account.

The conversion of WWTPs into Water Factories represents a promising development in meeting the demand for the delivery of ‘customised water quality’. This limits the risks of spreading pollutants and stimulates the reuse of residual water among sectors. This is also where the water cycle and the water system meet: only together can we achieve a responsible utilisation, recharge and reuse of our freshwater.